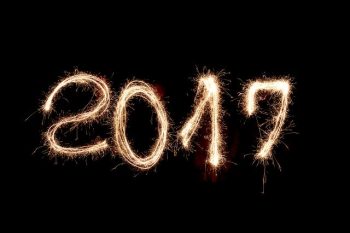 We see a great deal of news about cosmetic surgery from our New York vantage point, and we’re sorry to report that patients continued to suffer terrible consequences in the dark corners of the industry in 2017. The bulk of the blame should certainly fall on the providers—whether they are unscrupulous or simply under-regulated and unwise. But patients have responsibility too.

When things work the way they should, cosmetic surgery is a partnership between plastic surgeon and patient. Each side has an important role to play in ensuring safe, satisfying results. But we assume that cut rate doctors will continue marketing far and wide in the new year, so it’s extra critical that patients act assertively to safeguard their health.

Please tell us you would not choose any of these strategies for changing your appearance:

In late December, the UK-based Metro online tabloid ran a story on the sad death of a young woman who underwent butt augmentation at a hair salon and spa in Medellin, Colombia. The popularity and ubiquity of cosmetic surgery in Colombia may contribute to the notion that it’s ok to choose places like hair salons for surgery, but that’s obviously not a good move. The mother of two was the sixth cosmetic surgery fatality in Medellin in 2017.

2) Traveling to a country where many cosmetic surgery problems have been reported.

Colombia is far from the only country where patients have suffered after undergoing cosmetic surgery. This year, a California woman died after liposuction at a clinic in Tijuana—not the first time patients have tried to save money on cosmetic surgery in Mexico and paid with their lives. And just a few years ago, more than two dozen patients returned to the U.S. from the Dominican Republic with cases of rapidly growing mycobacteria. We are certain there are very reputable practices outside the U.S., but evaluating local regulations and certifications is just one of the challenges with international cosmetic surgery travel.

3) Relaxing in a Dunkin Donuts waiting room before your procedure.

It should be clear that something’s not quite on the up-and-up if your “doctor’s” waiting room is a doughnut shop and clinic is a high-rise apartment unit, right? Unfortunately those signals didn’t register with a New York cosmetic surgery patient this summer who died after treatment. Other patients also seeking shapelier bums suffered deformities and amputations at the hands of what Manhattan police term a “predator” performing butt injections. A New York cosmetic surgeon consulted in the case surmised that since the woman who died suffered chest pains after surgery, silicone might have been injected into a blood vessel where it traveled to her heart and lungs.

4) Fixing your flat buttocks with Fix-a-Flat.

As butt enhancement continued to be all the rage in 2017, opportunities abounded for unsavory characters to profit. The New York Post reported in March that the Florida “toxic tush” doctor was finally sentenced to 10 years in prison. Women apparently took her word for the fact that she was a licensed doctor—she wasn’t—and that she used “A1 products.” In fact, she used everything from Fix-a-Flat to Super Glue in her syringes, and one patient did not survive the injections.

In one of the most tragic stories we’ve heard, an Australian man lost his life after traveling to Malaysia for an extreme makeover. Surgery actually took place three years ago, but the outcry and legal proceedings continued into this past year. There’s good reason for alarm, according to the story reported by ABC Australia. The young man had a 360-degree abdominoplasty, extensive liposuction, a thigh lift, eyelid surgery, chest sculpting and lip fillers in the space of five days. The first operation alone took more than eight hours.

The lengthy menu of procedures scheduled in less than a week’s time is the most obvious red flag in this case, but not the only one. The patient was also morbidly obese, adding substantial risk. Finally, he was cleared to fly home just five days after his second surgery, with gaping wounds and in great pain. He collapsed when a blood clot traveled to his lungs the morning after arrival.

In today’s media-dominated, online society, it can seem like everyone is having some sort of cosmetic procedure. The pressure some people feel to alter their appearance can be intense—whether a boyfriend or peers contribute or it simply develops from within. The case of the Australian man is so sad because he was embarrassed about his looks and hoped cosmetic surgery would be life changing.

We understand why patients are tempted to cut corners. Some procedures, such as injections, may not seem inherently dangerous—though with untrained providers and/or illegal substances they obviously are. And there’s the cost factor. You can get cosmetic surgery for less in a hair salon, an apartment building or a developing country.

It’s the responsibility of professionals like us who perform cosmetic surgery in New York with board certified staff and fully accredited operating suites to continue to get the word out: every cosmetic procedure, from lip fillers to circumferential abdominoplasty, is a medical procedure that deserves to be taken seriously. And it’s the responsibility of prospective patients to do their homework. With lots of people—from the under-regulated to the unscrupulous—taking advantage of public demand, lives depend on it.