The Seven Sins of the Lifestyle Lift 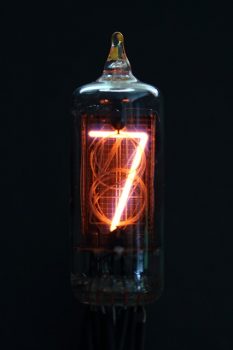 The era of the Lifestyle Lift has finally come to an end. After closing several clinics over the past few weeks, the company filed for Chapter 7 bankruptcy protection several days ago.

It’s probably safe to say that most plastic surgeons are happy, for patients’ sake, that after 14 years of performing facial rejuvenation, the franchise-like clinics are shutting down. The promise of the Lifestyle Lift was great results, shorter recovery time and less cost—through an hour-long procedure and local anesthesia—but the experience for many people was quite different.

It’s not very difficult to find scores of unhappy patients sharing information on well-known websites like RealSelf and Consumer Affairs. From what they have to say, as well as articles in the media, here are some leading reasons the Lifestyle Lift failed.

1. The company stepped over the line in marketing the Lifestyle Lift. Among the many claims was that the procedure was “revolutionary.” Employees were also accused of writing testimonials and otherwise posing as happy patients. These tactics led to lawsuits by the states of New York and Florida.

2. The sales approach in some clinics was as aggressive as the company’s marketing strategy. Patients reported meeting with a “consultant” rather than a doctor and feeling strong-armed. People were routinely told that surgery would be less expensive if they committed right away, and they were often convinced to sign up for more procedures than they originally planned.

3. Once having put their signature on paper and making a down payment, patients who changed their minds generally had a difficult time getting a refund. No matter if a health problem cropped up or an emergency caused a patient to cancel, the company made it difficult or impossible to get money back.

5. While the lure of a short procedure under local anesthesia is understandable, many people actually had a very difficult experience. From high anxiety to nauseating smells to surprising levels of pain, Lifestyle Lift surgery was reportedly quite unpleasant for many. Patients were sometimes taken aback by the disregard for a safe, sterile environment. Some noted that they wore street clothes during the procedure and their doctor wore a gown instead of scrubs, others were dismayed by the lack of monitoring equipment.

6. Several patients reported that the surgery they agreed to was not the procedure ultimately performed, or that not all the services they agreed to and paid for were actually provided. One woman went to a clinic for some work around her eyes and ended up with incisions behind her ears and under her chin.

7. The ultimate reason behind the demise of the Lifestyle Lift is the number of patients who were dissatisfied or worse with their results. The procedure, which is essentially a mini facelift with minimal elevation of underlying tissues, can work well for some patients with early signs of aging. But for people who need more lifting, it’s just not enough. Furthermore, elevating surface tissues alone can cause extreme tension on sutures, leading to healing issues and wide scars.

This quick operation didn’t just disappoint patients, however. Complaints on RealSelf, Consumer Affairs and other websites like Ripoff Report, Complaints Board and Pissed Consumer, include uneven features, huge scars behind the ears, lumps and bumps, pain in the ears, a crooked smile, asymmetrical eyes, elf ears and more. Common characterizations of the whole experience are “nightmare,” “horrifying” and “rip off.”

In these modern times, market forces seem to prod many products and services to move in the direction of faster/cheaper. But even when it’s purely aesthetic, surgery is still surgery. The franchise model, which seeks to bring overhead down and standardize products while marketing like crazy, just doesn’t apply. In essence, plastic surgery cannot be a simple commodity that one picks up off the shelf.