Dr. Elliot William Jacobs is a native New Yorker, born and raised in "The Big Apple." He attended the world renowned Stuyvesant High School and then received his undergraduate B.A. in Chemistry from Queens College and his M.D. degree from Mount Sinai School of Medicine in New York City. After completing his internship and residency in General Surgery at Mount Sinai Hospital, he continued at Mount Sinai as resident and ultimately chief resident in Plastic Surgery. After the completion of all his training, he served in the US Air Force for two years.  He then returned to New York City and opened his office for the private practice of plastic surgery, specializing in cosmetic surgery of the face, breast and body. 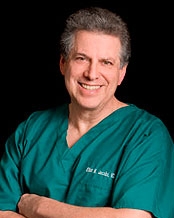 Dr. Jacobs is licensed to practice medicine in New York, New Jersey, California, Florida and the Bahamas. He serves as an Honorary Police Surgeon for the New York City Police Department and as a Consultant in Plastic Surgery to the United Nations. He is on the attending staff of several hospitals in the New York area where he is active in teaching younger doctors.

Dr. Jacobs has been recognized by New York Magazine as a "Best Doctor" and by Castle-Connolly in "Top Doctors in the New York Metro Area" and "America's Top Doctors."  His work has been profiled on ABC's 20/20, Discovery Health Channel, Good Morning America, Good Day New York, MTV, and The Doctors as well as on the news of every major TV channel in the New York metro area. He has been interviewed on local and rational radio and has been quoted in virtually every major national news, beauty and health magazine and also in all the major New York and national newspapers.

Dr. Jacobs is also an accomplished musician, having learned the accordion (and self-taught on the piano) starting from the age of 7. In fact, he became a professional musician and worked on weekends so that he could pay for college and medical school.

A man of many interests, Dr. Jacobs participates in tennis, squash and racquetball as well as swimming, sailing and scuba diving. He also enjoys landscape gardening, portrait photography, ballroom dancing and is an avid and knowledgeable football and baseball fan. Theater and the arts are his passions and fortunately they are readily available and diverse in the New York area. And in his spare time, Dr. Jacobs is writing his first novel.

Most importantly, Dr. Jacobs is a good listener. He is easily able to converse with his patients, relaxing them and carefully eliciting from them what their aesthetic goals may be. Then, armed with his extensive knowledge of what is surgically possible and exercising superb aesthetic judgment, he is able to devise an individual plan for improvement that is unique for every patient – and which may or not require surgery. Best of all, he possesses the rare ability to make his hands create what his mind has conceived.

Dr. Elliot Jacobs is the author of Mantalk, Tips from the Pros for Great Looks, Good Health and Maintaining Your Competitive Edge and has also written on many aspects of plastic surgery in the professional literature. He has lectured about cosmetic surgery to both professional and lay groups around the world.