Go to Prison, Get Plastic Surgery 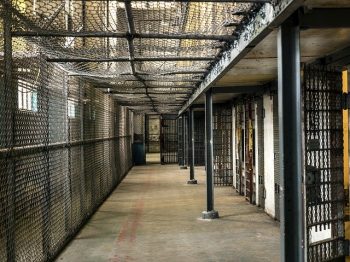 Medical procedures and experiments have been forced on prisoners in various societies for centuries. During the 1930’s and 40’s, both Japan and Germany conducted a variety of procedures on prisoners of war. In the U.S., prison inmates were experimented on with high doses of hallucinogenic drugs, risky cancer treatments and exposure to radioactive elements in the 1940’s and 50’s. These are just a few ways prisoners have been abused “in the name of science.”

But here’s a twist on jailhouse medicine. In Canadian prisons from the 1930’s through 60’s, many inmates received plastic surgery courtesy of the government. And, unlike the medical procedures performed on prisoners in most other cases, the motivation was to actually help inmates who elected the voluntary surgery. According to an article in the online Ottawa Citizen, the theory was that with misshapen noses fixed, scars repaired and birth defects addressed, prisoners would be less likely to re-offend.

British Columbia’s Oakalla Prison was a leading site for this social experiment. There, a plastic surgeon named Dr. Edward Lewison operated on 450 inmates starting in 1953. Rhinoplasty was the most frequent operation he conducted, correcting broken or deformed noses.

After a decade of procedures, Dr. Lewison published a study in a Canadian medical journal reporting that the program resulted in a significant decrease in recidivism. Not only did plastic surgery lower the rate of reoffending by more than 20%, noted Dr. Lewison, the prisoners who underwent treatment behaved better. He went so far as to say the inmates “became polite and gracious” following plastic surgery.

Could this be true? It is hard to say. Oakalla is now closed, and the written record of the program is sparse. Another edition of the Ottawa Citizen recently reported that a British film producer, Harriet Mathams, is looking for answers with an eye to bringing this little-known program in the Canadian prison system to light.

One chapter of the experiment the filmmaking crew is exploring is the work of Dr. Lorne H. Burdette on 10 inmates at the Kingston Penitentiary in Ontario. Dr. Burdette had asserted that many of his regular plastic surgery patients experienced personality transformations following their procedures. This claim prompted the commissioner of penitentiaries to ask Dr. Burdette to operate on some Kingston prisoners.

Mathams has discovered that of the 10 inmates who underwent plastic surgery with Dr. Burdett—7 women and 3 men—half landed back in prison within just a few years. She has interviewed Dr. Burdette’s wife, who assisted her husband during the surgeries.

With this start, the filmmakers may be able to find some of the Kingston patients and invite them to tell their stories. Mathams is fascinated by the social experiment, observing, “correctional services were looking at ways of rehabilitating prisoners rather than just locking them away.”

So, to what extent could disfiguring features contribute to certain people having a “grudge against the world,” as Dr. Lewison believed? Is it possible, as he stated, that when you correct these unfortunate citizens’ defects through surgery, “the long-held grudge disappears?”

Perhaps Mathams and the British team will find out more. As reported by the Ottawa Citizen, prisoners also received plastic surgery in New York, Illinois and Texas.

Believe it or not, we have some direct experience with prison-based plastic surgery, not in New York, but in the Bahamas. But that’s a story for another time!