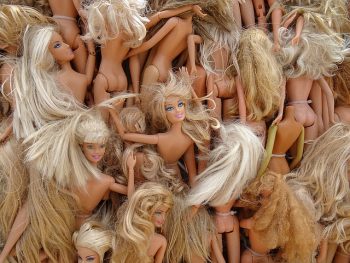 As highly trained healthcare professionals, it’s not our habit to critique what may happen in the nether reaches of our industry. Furthermore, since we operate—literally—in a field that is concerned with aesthetics, it usually doesn’t seem right to comment when someone goes a bit overboard with concern about their appearance.

But sometimes we stumble across cosmetic surgery disasters that make us want to shield our eyes in horror. After we mutter, “Why, why, why?” our next thought is how to stop these bizarre ideas from spreading. And so we offer these tips on avoiding some of the dumbest cosmetic surgery decisions we’ve seen in a long time:

1. Do not inject yourself with strange things.

We’re almost used to hearing news of people who have received injections of silicone in one form or another, and it almost makes sense. After all, half the breast implants on the market today are filled with silicone, right? Right, but liquid silicone on the loose inside the body is not healthy. A young New Yorker found out the hard way when she died of a reaction to silicone injected into her rear last year.

If it’s not ok to put liquid silicone in your body, it’s even less ok to use substances that have no place in medicine. People have tried cooking oil, caulking made for bathrooms and “posing oil” used by bodybuilders with disastrous results. Here’s a hint: if it comes from the kitchen, bathroom or garage, it’s not an injectable.

2. Do not get injections in strange places.

Along those same lines, it’s generally not a good idea to inject your genitals with anything. One of the UK tabloids, the Daily Star, recently featured the story of a man who had injected his penis with petroleum jelly. Guess what? He has now turned to a plastic surgeon to fix the disaster. That same issue of the tabloid noted that women are requesting dermal fillers to rejuvenate their vaginas.

We agree with the British National Health Service plastic surgeon quoted in the article—the potential for infection and impairment of function makes the risk of injections to man and lady parts just too high. Even if you don’t choose Vaseline.

3. If it never occurs in nature, it’s probably not a good idea.

You may have seen women who’ve opted for extra large breast implants in the past, but it seems this trend refuses to die. No matter how many patients suffer adverse outcomes, some people are convinced that boobs larger than their heads are alluring. If you need a reason not to jump on this bandwagon, think of your poor body. There’s just no way your skin, muscles and bones can support breasts weighing 10 to 20 pounds each—not today and certainly not tomorrow.

Yes, we’re thinking of the gal who went to a cut-rate clinic in Mexico and had large breast implants inserted in her buttocks. Her goal? To have a derriere like Kim Kardashian. The result? Oddly shaped cheeks with minds of their own. In fact, appearing on a segment of Botched recently, the patient demonstrated how her buttocks twerk independently of the rest of her body—probably not the look she was going for.

5. When a character is fictitious, it means NOT REAL.

It also means you can’t look like these creations and emerge with any semblance of physical and psychological health. It’s bad enough when people dedicate their lives to looking like their favorite celebrity, but when people set out to look like a doll or a cartoon character, the results can be truly tragic. Perhaps the most remarkable examples are the women who have undergone several procedures in their quest to look like Jessica Rabbit. Did they succeed? Search for the evidence online and see what you think.

What motivates people to take these steps that are so obviously ill advised? A host of factors come into play, from lack of money to too much money. Ignorance, poor self-esteem and emotional issues are on the list as well.

But one thing these unfortunate people all have in common: they did not work with a reputable, board certified plastic surgeon. Enough said.