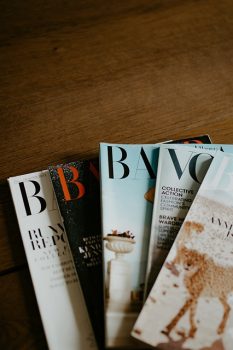 Just a few days ago, the young woman who plays the middle daughter on ABC’s Modern Family, actress Ariel Winter, went public with her decision to have breast reduction surgery. We could not be more delighted that the 17 year-old chose to tell her story to Glamour magazine, ABC News and other highly visible media outlets.

We believe breast reduction is one of the most under appreciated forms of cosmetic surgery, even though it can be life changing for patients who choose it. When someone decides to speak openly about a procedure such as breast reduction, a celebrity in particular, the topic suddenly becomes interesting and more people find out about it.

In talking with Glamour magazine about her decision, Winter said discomfort with her breasts started at age 15, when the 5’1” actress grew to be size 32F. She coped as best she could, not only with the stares and unkind remarks but with physical pain as well. ABC News reports that Winter chose breast reduction surgery this year to “better my life and better my health,” and that she feels happier with herself than ever. She believes her story might benefit other young women who are suffering in the same way she did.

But even Ariel Winter’s breast reduction isn’t sparking the conversation you might think it would. Although her female co-stars have been enthusiastic, according to the young actress, the men of Modern Family haven’t said anything directly about the change.

Why is that? Could it be that men are uncomfortable examining the ways female features can cause emotional and physical pain? Or are they simply reluctant to talk about women’s bodies at all?

In the media, obvious breast augmentation is cause for a feeding frenzy of activity. The same goes for cases in which a celebrity has obviously undergone a rejuvenation procedure, such as a facelift, or has unfortunately had surgery that did not bring about such a great result.

Did you know, for instance, that Drew Barrymore had breast reduction in the early 90’s? Neither did we. Or Patricia Heaton? We didn’t know about that one either. And how about Loni Anderson? The WKRP in Cincinnati star was known far and wide for her famous cleavage, but we bet you never heard about her two breast reductions.

It’s not our intention to send women running to the nearest plastic surgeon for breast surgery of any kind. But after decades of working with women (and men) who elect breast reduction in New York, we are certain there are thousands of people suffering needlessly with breasts that pose physical and psychological challenges. It’s a sure bet that young people, in particular, are not aware that there’s a straightforward, safe procedure that can almost certainly improve their quality of life.

Good for Ariel Winter for speaking up. Breast reduction should be stealth surgery no longer.