In New York, Do Wrinkles Rule? 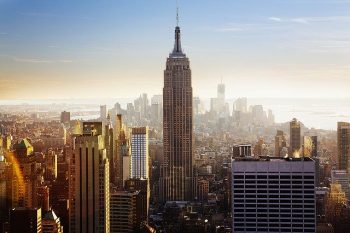 Did you catch the article in the New York Daily News late last month? If so, you may join us in being amazed that evidently citizens of The Empire State rule when it comes to looking old. Maybe The Big Apple needs to change its nickname to The Big Wrinkle?

According to this popular periodical, our state leads the nation in wrinkled faces. The article’s author, Jacqueline Cutler, referenced a study by the cosmetic company Roc, which placed New York at the top of the wrinkle list followed by Pennsylvania, West Virginia and Colorado.

These wrinkle-winning states might seem to have little in common at first glance. But given some of the factors that lead to aging skin, perhaps it’s understandable that the four states are standouts:

Fortunately, just as our state has been singled out as the winner—or perhaps the loser—of the wrinkle war, options for skin rejuvenation in New York are perhaps the most numerous and advanced in the country. The menu includes injectables that smooth dynamic wrinkles plus fat and fillers for plumping up sunken areas. In addition, there are myriad choices for improving skin damaged by the environment, from microdermabrasion to chemical peels. Finally, New York residents can choose mid facelifts and traditional facelifts for lasting rejuvenation.

If you’re thinking Ms. Cutler could have used a photo of you to accompany her article, perhaps you’re considering facial rejuvenation in New York. In light of all the choices, however, don’t expect to be able to select a course of treatment that makes sense by yourself. On one side of the equation are your unique needs and the various options that might address those needs. The other side of the equation includes tradeoffs between cost and benefit, in light of budget, downtime and other patient-specific factors. It takes a board certified plastic surgeon with plenty of experience to make a good partner for patients seeking facial rejuvenation.

Finally, it’s a great idea to choose your rejuvenation team with the long term in mind. After all, the climate and stress that come hand-in-hand with the joys of living in our wonderful state will not go away any time soon.

We would be honored to partner with you in looking your best. Just give our Park Avenue plastic surgery office a call at 212-570-6080. We’re on the sunny side of the boulevard with public transit nearby!