Cosmetic Surgery in the Dominican Republic 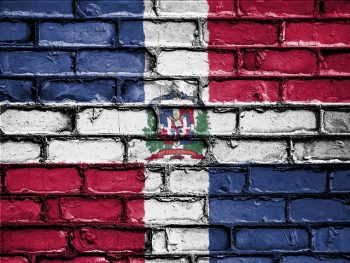 Like most others in this industry, we have been dismayed to hear about people whose cosmetic surgery in the Dominican Republic cost them dearly. Some patients have even paid with their lives for choosing to work with clinics in the Caribbean country.

The rate of problems stemming from cosmetic surgery in the Dominican Republic reached the point where Time did a story on it just last month. In an article entitled “The Dangers of Plastic Surgery Tourism,” the magazine’s online news site noted that three quarters of a million Americans travel abroad for cosmetic procedures annually. Then the piece focused attention on a U.S.-wide investigation of a rash of infections suffered by patients who returned from the Dominican Republic after breast augmentation, liposuction and other plastic surgeries.

According to Time, a Maryland doctor collaborated with the U.S. Centers for Disease Control and Prevention (CDC) in the probe after the physician treated two post-surgical patients infected with RGM, rapidly-growing mycobacteria that often resist antibiotics. RGM can cause “painful nodules that develop into persistent, discharging abscesses,” said the report resulting from the investigation. 21 U.S. residents with RGM who visited the same clinic in the Dominican Republic were located for the study. Most came home with swelling, pain, scarring and fluid drainage, the report noted, with several needing hospitalization. Nine patients required surgery.

But bacterial infections aren’t the only issue patients have suffered in the Dominican Republic. In 2014, a woman from New York—a 28-year old with a clean bill of health—died of a blood clot while undergoing a tummy tuck and liposuction. The tragic story prompted the mother of another cosmetic surgery patient from New York to speak up. Her 21-year-old daughter had a heart attack and died on the operating table at another Dominican clinic, the apparent victim of an overdose of adrenaline. Speaking out in the New York Daily News, the devastated mother, a nurse, said she could not explain why the clinic had administered so much adrenaline, and she also discovered there was no EKG information available. “They killed my child,” she said.

There’s a reason people seek cosmetic surgery in the Dominican Republic: cost. The article in Time stated that about 90% of the patients located during the CDC investigation reported that cost was a factor in their decision to leave the U.S. for treatment. Patients can do research online and find that their prospective cosmetic surgeon is licensed in their target country, “but know those standards may be different from those that we have in the U.S.” noted a CDC epidemiologist quoted in the Time article.

Even after all this disturbing news, the appeal of low-cost cosmetic procedures can be hard to resist for some. Patients continue to explore the Dominican Republic as an option, lured by promotional materials stating “up to 75% less than USA rates.” Just last year, a clinic was actually shut down by Dominican officials. Another young woman died while undergoing liposuction there, and she was the fourth U.S. resident to lose her life in that country in 2015, according to Fox News Latino.

We understand that, compared to cosmetic surgery in developing countries, U.S. costs can seem high. But consider this: when patients choose to work with a plastic surgeon certified by the American Board of Plastic Surgery, one who leads a top-notch, well-respected team like ours in Manhattan, they benefit from quite an investment, including:

• The plastic surgeon’s graduation from an accredited medical school and five years of residency, with two of those years focused specifically on plastic surgery, as well as passing scores on rigorous oral and written exams and continuing education,
• Anesthesia services from an MD anesthesiologist or certified nurse anesthetist,
• Well-trained, experienced, skilled support staff members,
• Up to date medical equipment, including lifesaving technology, and
• A spotless, fully accredited operating suite.

What does this kind of investment mean? Patient safety. Is saving money more important than that?

We have worked with tens of thousands of patients seeking cosmetic surgery in New York, men and women. If we can help you with your own options or answer any questions, let us know.