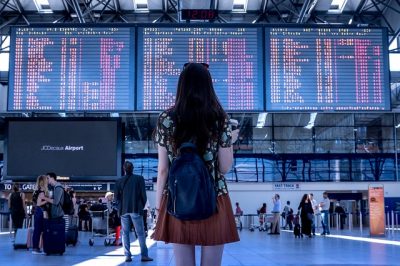 After performing cosmetic surgery in New York for more than 30 years, we don’t dwell on the risks of various procedures too often. It’s very rare that one of our patients suffers a complication—when one does, the problem almost always resolves on its own.

But occasionally we are hit with a tragic reminder of possible risks of cosmetic surgery—risks that can increase when patients travel outside the United States. The New York Daily News just published an article on the death of a young woman after she had several procedures in the Dominican Republic. Instead of voicing our concerns again about plastic surgery in the Dominican Republic, we’ll use this case to illustrate three of several risks in traveling abroad for cosmetic surgery.

Risk #1: Cosmetic surgeons are likely to have less training and operate under fewer safety constraints than here in the U.S. There’s much we don’t know about the case of the young patient, Janelle Edwards, but we do know she underwent three procedures at once: breast augmentation, a tummy tuck and butt implants. In our opinion, this is too much trauma for the body to handle in one operation and requires too much time on the operating table.

Making changes to three different parts of the body at once can cause several problems. One is that recovery can be difficult for the patient. Managing discomfort on both sides of the body can make resting easily a big challenge. Not only that, there may be competing needs involved, such as getting up and walking after a tummy tuck vs. remaining quiet and minimizing movement after butt implants. These issues may not be life threatening, but they can make recovery unnecessarily trying.

Most plastic surgeons advocate no longer than five to six hours under general anesthesia, and many are most comfortable with less. The longer a patient is under anesthesia, the greater the risk of, for example, a life threatening blood clot.

Risk #2: Blood clots are a known risk of long distance travel. According to the Centers for Disease Control and Prevention, when you sit still in one place for an extended period, such as in an airline seat, blood clots can form in the deep veins of your legs (hence the medical term, deep vein thrombosis, or DVT). Occasionally a clot will move to the lungs and cause a blockage, which can be fatal.

With plastic surgery abroad, then, the risk of DVT is a double whammy. What’s more, the CDC says the risk is elevated for as long as three months after surgery.

Risk #3: Who do you turn to if you have a problem after returning? Janelle’s family told detectives investigating the case that the young woman had complained of pain in her abdomen and breasts ever since she returned from the Dominican Republic. If the Bronx resident had had cosmetic surgery in New York, would she have seen her doctor in time to prevent tragedy? We’ll never know. But she certainly would have had follow up appointments scheduled—no U.S. board certified plastic surgeon would turn a patient loose without post-op check ups.

Even if Janelle had sought treatment from a new plastic surgeon after her procedures in the Dominican Republic, it may not have been an easy proposition. Some doctors are reluctant to take responsibility for the well-being of a patient who may have had an ill-advised surgical plan. And if she had found a qualified plastic surgeon, the cost could have been significant.

We understand that it can be tempting for patients to consider heading to another country to save money. But since cosmetic surgery is real surgery, we just don’t believe it’s worth the risk. Like Janelle, if you’re a resident of New York and cosmetic surgery is your goal, contact us. We have suggestions for saving up for surgery, plus we offer a credit plan that may make sense for you—more sense than rolling the dice.