Is the Verdict out on The Surjury? 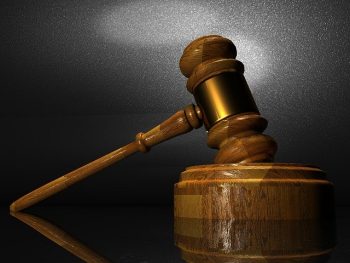 Here’s really a bad idea: let those interested in cosmetic surgery have the decision made by a “jury” of their peers. Oh, and while you’re at it, be sure to televise the whole process: from the articles of clothing removed to show body flaws, to the panel discussions about skimpy breasts and tummy pooches, to the post-surgical “reveal!”

This is the plan for a new show on Channel 4 in England called The Surjury, and we sure hope the idea doesn’t catch on in New York. Cosmetic surgery contestants will present themselves—partially unclothed if needed to make the case—and a panel of 12 people will discuss the case and decide whether elective cosmetic surgery is warranted.

The creators of the program say it will assist people in exploring their choices thoroughly and take advice from their peers. Ross McCarthy, the brains behind the English show, goes further and maintains that contestants who are turned down for surgery will get “a massive boost of confidence!”

We hope it’s obvious why a group of total strangers shouldn’t have a voice in making a decision as momentous as this one. In fact, we are glad to welcome our patients’ loved ones to our New York cosmetic surgery consultation room—as supporters, as note-takers, as people who will remember points in the excitement of the moment—not as deciders or persuaders.

We feel that signing up to have your body judged by others can be detrimental in several ways. Since society tends to evaluate people first and foremost by their appearance, other marks of distinction can be overlooked—even physical ones. What if you have the broad shoulders of a championship swimmer? What if you’re a competitive bodybuilder? Or, maybe you and your partner have decided to give birth to lots of children? These are just a few factors that change your shape in ways that may not conform to what society views as the “perfect” appearance.

We’re also not so sure about that “massive boost of confidence” contestants are supposed to feel when the panel feels surgery’s not needed. Stop and think for a moment about people willing to go on television to “earn” a procedure through the judgment of total strangers. With looks at the front and center to this extent, is it likely that a rejected contestant will suddenly feel attractive and content with their appearance? This seems doubtful to us.

After thirty years of performing cosmetic surgery in New York, we’ve learned that the happiest patients are those whose decisions come from a position of strength and sound logic, not one of inferiority. One patient we point to often is Claire, an actress who felt that drooping upper eyelids might soon limit roles she could land. Feeling pretty good about herself in all other ways, Claire opted for a small amount of fine-tuning. “Feeling confident about how I look informs my life,” she noted.

We agree with the President of British Association of Plastic Reconstructive and Aesthetic Surgeons (BAPRAS), Mark Henley, who believes The Surjury will further glamorize cosmetic surgery and trivialize operations. He believes it’s possible that the show will encourage viewers to “rush into personal decisions about cosmetic procedures without considering all outcomes and risks, or taking the time to ensure they visit a reputable surgeon.” Impressionable young people may be at the highest risk of making a decision without the tools needed to think it through.

Playing up the cosmetic surgery “payoff” and not so much the investment in recovery time and money—not to mention the potential risks and complications involved, along with important concepts like “realistic goals”—does a disservice to the general public. The BAPRAS has published a guide for people considering cosmetic surgery. You can find it here—it’s a good place to start compiling objective, informative articles to read carefully.

Given Manhattan’s reputation for glamour, high fashion and cutting edge style, we can imagine producers in a TV studio in New York considering a cosmetic surgery show like this one. All we can say is, “Please don’t!”