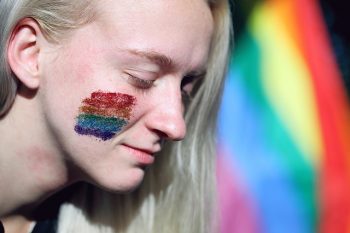 About this time last year, the American Society for Aesthetic Plastic Surgery (ASAPS), through its publication, the Aesthetic Surgery Journal, put out a “primer” for plastic surgeons about treating transgender people who identify as non-binary. The organization stated:

Chest surgery for non-binary patients comprises a considerable proportion of transgender surgery practice, and surgeons who provide affirming care should be familiar with the unique characteristics and treatment options for this population.

We were delighted to see one of the member organizations we belong to come out with such a positive statement. We believe that in highly populated areas like New York, transgender plastic surgery practices can expect to see increasing numbers of non-binary patients as people feel more and more comfortable expressing who they really are.

We’ve done a little research to help us understand more about non-binary people. We found that there are many terms that can apply to this group, including genderqueer, agender and bigender. Most consider themselves to be transgender as well as non-binary because they don’t identify solely with the gender they were assigned at birth. These folks have been present in society for hundreds or even thousands of years. They may seem to be a new phenomenon mainly because many cultures are just now becoming increasingly at home with a much broader understanding of gender than ever before.

We read one article online by a non-binary person named Arlo. They (a comfortable pronoun) explain that non-binary individuals don’t see themselves as exclusively male or female. Some may feel like a mix of genders; some feel they have no gender. One wish people like Arlo have is that the rest of us try hard to use non-gendered language with them. They/them are good pronouns to use, as well as neutral descriptors like a person, friend, kid. Arlo admits that it can seem clunky at times, but they also say how much it means to them when people make an effort.

Back to the ASAPS article. It seeks to demonstrate—through a study of chest-affirming procedures at a single institution—that not only is the non-binary population substantial (13% of transgender people choosing top surgery), but that surgery also generally yields very positive results. The ASAPS reported post-surgical boosts in patients’ exercise comfort, sex lives, comfort in and out of clothing and overall greater quality of life.

In our practice, non-binary people are welcome as are cisgender folks and binary transgender patients. With each person we serve, we seek to improve their appearance and have a positive effect on their confidence, happiness and general satisfaction with life. For us, important factors include physical health, psychological maturity, and readiness for surgery, not gender identity.

As you look through both our websites, the general plastic surgery site as well as the one we’ve devoted to guys with man boobs, you’ll get a sense that chests are our specialty! We have enlarged and reduced breasts for thousands and thousands of patients for longer than three decades.

Why not start a conversation with us about your goals? We are very comfortable performing transgender top surgery in New York and would love to work with you.