Breast Implant Illness: Is It Real? 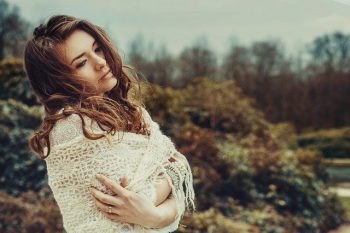 As a practice with thousands of New York breast augmentation patients to our credit, we are concerned about breast implant illness (BII). But not so much because we believe today’s silicone implants make patients sick. We just don’t want to see the bad old days of misinformation, media frenzy and society’s tendency to be lawsuit happy creating hysteria all over again.

Don’t get us wrong—the good health (physical and psychological) of our patients is of paramount importance to us. That’s why we wrote about breast implant-associated anaplastic large cell lymphoma recently. The link between this form of ALCL and breast implants (especially textured models) has been reasonably well established. We make sure women who consult us about breast augmentation in New York are aware of the real, albeit tiny, risks.

We also know that some researchers believe silicone implants may possibly lead to a condition called ASIA—autoimmune/inflammatory syndrome induced by adjuvant (an adjuvant is a substance which strengthens the body’s immune response to foreign or toxic molecules). Along with member colleagues of the American Society for Aesthetic Plastic Surgery and the American Society of Plastic Surgeons, we feel that more study is needed.

Meanwhile, will cooler heads prevail these days than in the past? That remains to be seen.

A Bit of History

Younger women may not remember that silicone filled breast implants were banned in the U.S. for 14 years starting in the early 1990’s. Earlier models were filled with a more liquid silicone gel, and when an implant ruptured it was possible for the filling to leak out of the breast capsule. Women with a very wide variety of symptoms attributed their ailments to breast implants, lawyers got in on the action, and manufacturers paid millions of dollars to claimants.

Still, study after study showed no clear connection between silicone implants and autoimmune disorders, rheumatic diseases and other physical problems patients thought were the result of their implants. The FDA approved silicone implants for re-introduction in the U.S. in 2004. Manufacturers have improved the filling, making the silicone gel more cohesive and less likely to spread if an implant shell should rupture.

Today, many women remain unconvinced of the safety of silicone breast implants, even though no scientific proof of a link to disease exists, and despite the fact that medical grade silicone is used in devices outside and inside the body, including tubes, drains, condoms, catheters and many others. Whereas the legal profession was a key driver of breast implant hysteria years ago, social media brings women together today to air worries about dozens and dozens of symptoms they fear are caused by implants. These include headaches, sore joints, frequent urination, weight loss/gain, IBS, choking, anxiety, cough and hair loss. The list goes on and on.

We have performed thousands of breast augmentations in New York with silicone implants. We encourage patients to come back and see us for any problem they may encounter, no matter how small and no matter how far down the road. We have yet to talk with a woman who believes her implants may be causing any kind of issue that’s not specific to the breast. We believe firmly—and we have always believed—that silicone breast implants are safe.

We take all patient concerns seriously. If one of our New York breast augmentation patients were to come to us feeling that her implants were causing strange symptoms, we would work with her to remedy the situation. It is worthwhile noting that some women’s health issues have resolved after their implants were removed. Whether this is simply due to psychological factors is really not important. If a patient wants her implants removed for any reason, we’ll discuss the situation in depth and proceed if that’s the right course of action.

There’s a comprehensive article published in Plastic and Reconstructive Surgery, the journal of the American Society of Plastic Surgeons, that recaps silicone breast implant history and women’s concerns. While highlighting the lack of evidence for links to diseases, the article does note that the picture is clouded by the broad range of symptoms, lack of diagnostic criteria, and in particular, a need for better understanding of the interaction between implants and hosts.

The piece also suggests “A Way Forward” for the scientific community to determine what’s real about BII and what’s not, including steps like:

This approach makes sense to us. As does the researchers’ observations that cooperation across organizations and national borders is needed.

Plastic surgeons and their patients deserve evidence-based information, and the debate that has been raging for half a century over the safety of silicone breast implants needs to be finally put to rest.