FTM Top Surgery for Adonis: “I Am Literally Evolving” 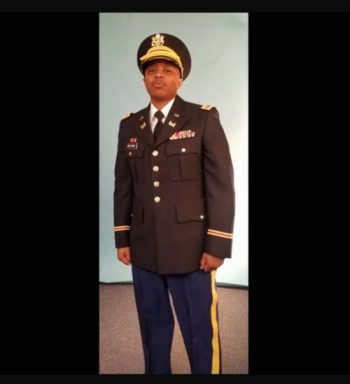 Some people know at an early age that their gender identity doesn’t match their body; others know “something is off” but are not sure what it is. While Adonis was growing up, it was a little bit of both.

He laughs when he remembers the days he was apparently a girl, in fact the only girl on the boys’ basketball team. He was always attracted to females and never wore clothing for girls, not even a training bra. Still, he didn’t realize he was a transgender male until he was an adult.

Adonis even went through a period of time when he was supposedly gay. In high school, when people found out he was attracted to females, “they kept telling me I was a lesbian. So I thought, ok, that must be what I am.”

That’s about the time Adonis started to learn just how painful it is to put on a façade to fit what people think you’re supposed to be. He hated the term “lesbian” for himself, and despaired over the body parts that seemed to indicate he was female. He even tried not catch a glimpse his own body in the bathroom. “I didn’t want to see what I was given biologically.”

The Ah-Ha Moment and the Following Year

Adonis joined the Army and was posted overseas, where chance connected him again to a woman he had known when they were both kids, a cheerleader for his basketball team. “I always thought you were a boy,” she said as they talked frankly together about Adonis’s situation. His friend did some research and came back with an idea. “I know, you’re transgender!” she said.

Adonis felt reasonably sure she was right, and he made an appointment with a behavioral health specialist immediately. She helped him learn about gender dysphoria and affirm that while biologically female, Adonis was wired to be male. She counseled him that before he took any other steps, he needed to live for at least a year as the gender he identified with.

Imagine what this is like in the Military! Since he was an Officer, people now had to call him “sir” rather than “ma’am,” which was a great feeling. He reports that it was difficult, and he did experience some discrimination, but generally his colleagues were understanding and able to change quickly. This also helped with Adonis’s gender affirmation. He realized, “This is what I was supposed to be the whole time.”

After the year was up, Adonis came home from overseas and visited an Endocrinologist. He started hormone therapy and his body began to change—he grew facial hair and his body structure began to look different. He especially hoped his breasts would shrink. He had done even more research on gender dysphoria by this time and thought, “These things gotta go!” But Adonis wasn’t thrilled that the first doctors he met felt he needed a double mastectomy. By now Adonis knew that some FTM patients found scars affirming, but he was hoping for a minimal scar operation.

Once again his childhood friend, now his partner, did research and found Dr. Jacobs to consult about top surgery in New York. “I was SO nervous!” he remembers. As soon as Dr. Jacobs walked in the room, however, Adonis felt he was in the right hands. There were many awards on the wall, and evidence that Dr. Jacobs had served in the Military too. Adonis found Dr. Jacobs to be very genuine and interested in his total well-being. He was very concerned about how Adonis was doing in the Army. It was a good vibe “all together.”

Adonis was most worried that Dr. Jacobs would say that big scars were inevitable like the other doctors had. He cheered when he heard that he could indeed have minimal scar top surgery. “I thought I was being quiet, but Dr. Jacobs’s patient coordinator heard me from the other room!”

FTM Top Surgery and Beyond

Adonis was super excited the day of surgery, and he remembers Dr. Jacobs helped with his nerves. In fact, he was very accessible to Adonis throughout the process. If Adonis emailed him with a question before or after surgery, Dr. Jacobs always responded right away.

Recovery for Adonis was difficult because he gets severe migraine headaches, frequently triggered by physical pressure. Wearing the compression garment was an ordeal for him. He recalled that though the “super-duper surgical binder” was a challenge to wear, knowing it was necessary for just six weeks helped him get through.

Today, Adonis is still healing, but he’s already elated about his results. “I’m loving it,” he says. He goes shirtless in the house. “My friends and family are surprised I’ll wear shirts at all.”

Adonis prepared for FTM top surgery in New York completely by the book: first counseling, then a year as a man, then hormone therapy. He has additional advice for transgender people—reach out. He relates how his counselor first helped him connect with other transgender individuals and he took it from there, developing his own safety net. He took new friends to their doctor’s appointments while he waited for his own surgery.

Adonis looks forward to his future. He has been promoted to Captain and has additional responsibilities in the Army, and he plans to start law school soon. He has a solid relationship with his partner and they have a son. Long in denial about her transgender child, his mother is even coming around, “because of the family I’ve created,” Adonis says. “She loves them, especially my son.”

This year has been very difficult for many people, but it has been a good one for Adonis. He is grateful Dr. Jacobs was available to perform his surgery. “He made me feel comfortable—he really understands.”