Alarplasty or Rhinoplasty: Is that the Question? 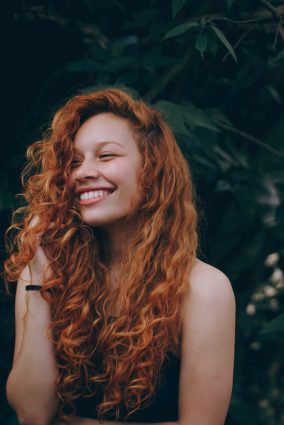 Even a decade ago it was common for patients not to know medical terms related to facial plastic surgery, such as buccal fat (cheek fat) and genioplasty (chin augmentation). Now, people not only know much more terminology, they have a growing awareness of the huge variety of surgical procedures to subtly change the shape of their face.

Today, most of our patients in New York use the terms rhinoplasty, nose job and nose surgery interchangeably, and all are appropriate for describing general modification of the nose. Enter alarplasty, a sort of subset of nose surgery. More and more people are learning about this technique and asking if it’s the right choice for their nose instead of rhinoplasty. But is it an either/or question?

Just to throw another curveball into the name game, other terms such as nostril reduction and alar base reduction are used to talk about alarplasty. This second alternative term may be the most descriptive, as the procedure aims to reduce the size of the nostrils at the base of the nose where they meet the cheeks. According to Merriam Webster, “alar” means “resembling a wing or wings,” and the word is often used in medicine in relation to bony or soft tissue wing-like structures.

For a good description of alarplasty and its incision variations, visit Healthline. In short, small incisions are made at the bottom of the outer edge of the nostrils, a bit of tissue is removed, then tiny sutures close up the wounds. When a patient has alarplasty only, the procedure is relatively quick, there’s minimal discomfort involved and recovery usually takes one or two weeks. Scars are most often invisible after healing.

How Do You Know if Alarplasty Is for You?

People who visit our consultation room in New York to ask about rhinoplasty or alarplasty are usually concerned about the size, degree of flare or fleshy appearance of their nostrils. We are pleased when people use medical terminology as it shows that they have done research and are serious about wanting to make a change. But as our patients learn, we encourage them to be open to our input as well. For instance, some people who think they need alarplasty would benefit more from reducing an overly bulbous tip of the nose instead. Others would indeed benefit from nostril reduction, but would get the best results if the bridge of their nose was built up with borrowed cartilage too.

The question is not so much whether a given patient needs a certain procedure or another one. We encourage our New York nose surgery candidates to tell us what they dislike about their nose and how they would prefer it to look. Then, our job is to design a surgical plan that’s highly customized. Given the variety of techniques available—including ways to reduce or build up the bridge, straighten the septum, reduce and/or lower the tip, modify the columella and change the nostrils—we have many tools available. In addition, some of these procedures can be performed in a closed manner, meaning from inside the nostrils only, while some demand an open approach from outside the nose.

Along with other board certified plastic surgeons who are highly experienced with rhinoplasty, we are very knowledgeable about facial proportions. Another way we add value to a nose surgery discussion is to look at the face holistically to see whether it’s worth considering modification of other structures such as chin and cheeks to bring the features into harmony.

An Interesting Note from JAMA

We found an article in the Journal of the American Medical Association recently that’s relevant to this discussion. A team of two researchers measured how often alarplasty was performed in primary and revision rhinoplasty. This was their conclusion:

This finding highlights our view that it’s critical for people seeking nose surgery to choose the right plastic surgeon and ask about all techniques that might be appropriate. If you’re seeking rhinoplasty in New York, we would love to work with you. Take a look at the huge variety of patients in our before and after nose surgery photo gallery, then give us a call at 212-570-6080 today.

Photo by Tomaz Barcellos from Pexels