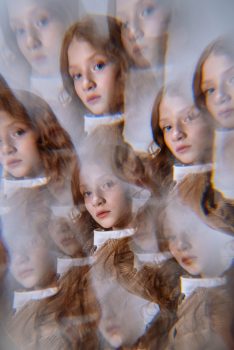 One of the profound challenges in our industry is body dysmorphic disorder, or BDD. According to the Mayo Clinic, BDD is a mental health disorder that causes patients to obsess about one or more perceived flaws in their appearance. Patients often seek out repeated cosmetic procedures in an effort to “fix” the problem.

The challenge for everyone involved is that it’s unlikely people will be satisfied after treatment. Like most plastic surgeons, we have treated New York cosmetic surgery patients with BDD and only discovered the issue after surgery. The fact is, it’s pretty difficult to spot in the consulting room for a couple of reasons:

• These patients do not own up to having BDD. Men and women with the condition often truly want treatment, therefore they present themselves as rational, thoughtful people. True, a patient may admit to an extreme view now and then (“my nose has ruined every facet of my life”), but this is rare.

• There’s no way to “see” the disorder. Unlike patients with anorexia nervosa, a condition that also causes people to have a distorted self-image, there are no real external signs of BDD.

What the Experts Say About BDD

An article from Dialogues in Clinical Neuroscience available through the National Institutes of Health estimates that the rate of occurrence of BDD in the general population is between .7 and 2.4%. The researchers suggest that the published numbers may be lower than they should be, however, due to the fact that individuals are ashamed to admit to the disorder. Alarmingly, those who seek treatment from dermatologists and cosmetic surgeons are found to have BDD at much higher rates.

Plastic surgery professionals are concerned about this. No one in our cosmetic surgery practice in New York wants to treat a BDD sufferer, not because we lack compassion but because we know surgery or even non-invasive procedures won’t help. If anything, we worry that by inadvertently accepting a BDD patient we might prolong the cycle of dissatisfaction.

One of the plastic surgery organizations we belong to, the American Society of Plastic Surgeons (ASPS), agrees that BDD is a contra-indication for surgery. The ASPS urges its members to get educated about the disorder and comfortable with discussing body image in consultations.

Since prospective patients with BDD may be adept at hiding the condition, it’s up to us in the industry to keep BDD in the forefront of our thinking. Resources for doctors include:

There’s plenty of other information online, it just takes a quick search to find many reputable sources.

We recognize that it’s probably not desirable to administer extensive questionnaires to men and women interested in cosmetic treatment. It’s time-consuming for the patient, impersonal and may come across as unwelcoming. In addition, anyone who’s savvy enough to present themselves well in consultation will know the “right” answers to supply on such an evaluation. We don’t give our New York cosmetic surgery patients a grilling like this.

A good alternative is to have a set of questions in mind to pose to new patients as appropriate. Another U.K.-based publication called Aesthetics offered a list of five questions that could easily be incorporated in one-on-one discussions:

• Do you worry a lot about the way you look and wish you could think about it less?

• What specific concerns do you have about your appearance?

• On a typical day, how many hours is your appearance on your mind? (More than 1 hour a day is considered excessive).

• What effect does it have on your life?

• Does it make it hard to do your work or be with friends?

It might also make sense to come up with a question or two for most patients, with a second list for those a cosmetic surgeon might be concerned about.

More research is being performed on BDD every year. We’re alert for news in our New York cosmetic surgery practice and we heard something encouraging recently: BDD patients can and do recover from the disorder. It may take a while, but apparently treatment combinations including medication and cognitive behavioral therapy are promising.