The Perfect Breast: The Role of Poles 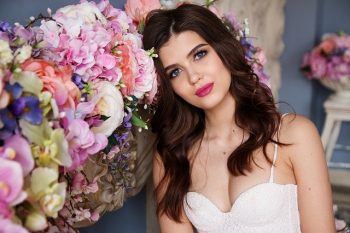 Here’s a quick quiz: which of these statements do you agree with?

That wasn’t a very difficult list to react to, was it?  If you’re like most people, you find all three statements ring true.   A study just released in the U.K. reveals fascinating data that speaks to point number three—specifically about societal norms for “the perfect breast.”  Apparently humans have an image in mind for the ideal breast form, and it’s amazing how consistent this ideal is across sexes, ages and even cultures.   A research team from the Cadogan Clinic in London and the National Health Service surveyed 1,300 people, asking them to rate the attractiveness of models with four different breast sizes.  The relationship of upper to lower pole was the key variable in this particular study.   Let’s explain.  You can think of the term “pole” as it relates to the breast in the same way we think of earth’s North and South Poles.  When patients and plastic surgeons talk about “fullness in the upper pole,” this means volume above the nipple that helps create the oft-desired youthful cleavage.   The researchers had the study’s respondents rank the attractiveness of small, medium, large and extra large sized breasts of four precise upper to lower pole ratios: 35:65, 45:55, 50:50 and 55:45.  See if you can envision what this means:

The researchers found that there was overwhelming preference for the 45:55 ratio across all population groups.  The next most popular form was the 50:50 breast, with the other two ratios scoring very low.   What’s so interesting about this study are some of the conclusions the researchers outlined, as they tend to run counter to popular thinking about breast shape.  For instance:

Will this study influence what women think about their breasts?  We hope not.  Refer back to statement #2 above: as human beings, we should respect and celebrate variation in the human form.  Indeed, the researchers in this study noted that while older women also chose 45:55 as the ideal ratio, more of them selected 50:50 than respondents in most other demographics.  The researchers felt this possibly reflected the fact that breasts naturally sag with age.   The study may, however, serve to inform discussions between women considering breast augmentation and their plastic surgeon.  While plastic surgeons work closely with each patient to accommodate individual desires (again, referring back to point #2), a conversation about “norms” can also be useful.  Plastic surgeons and their patients can consider what the study has to say about breasts that look natural and youthful, that appeal virtually across the board and, by the way, are likely to age well.   Today, skilled plastic surgeons can shape the breasts to some extent during breast augmentation surgery.  Breast implants come in a very wide variety of sizes and shapes to help them do just that.  A round implant will tend to produce a breast that’s near the 50:50 ratio, while a shaped implant (often referred to as an “anatomical” implant) will yield results closer to 45:55.   Whether you’re a prospective breast augmentation patient, a medical professional or just an interested person, the article covering the study is well worth a read.  Look for it in the September 2014 issue of Plastic and Reconstructive Surgery, the journal of the American Society of Plastic Surgeons.

Rejuvenate with a Different Kind of Lift 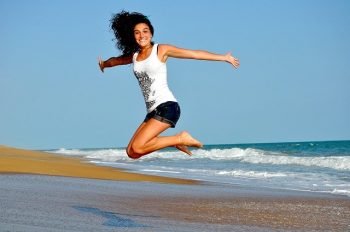 When our patients start thinking about rejuvenation, they typically consult us about a facelift, an eyelid lift or a brow lift, and often all three! Today’s women—and men—understand the value of looking as youthful and vibrant as they feel.

Just as these procedures can roll back the clock where your face is concerned, there’s another kind of lift that can yield a similar result for the rest of you—a breast lift. New York women are sometimes pleasantly surprised at how this procedure (called a mastopexy by plastic surgeons) can lift their breasts and their spirits.

Think about it for a moment. Have you ever caught a side view of yourself in a Manhattan storefront window and thought, “Gee, I look frumpy?” Have you tried on form-fitting clothes and turned to one side and another in front of a mirror, concluding that you must be out of shape? Have you purchased bra after bra and still not been satisfied with your silhouette? If you can answer “yes” to questions like these, you may want to learn what a breast lift in New York with us might accomplish for you.

Feeling frustrated with your changing shape is understandable. Just don’t blame yourself. Every woman’s breasts sag over time. The main culprit is unavoidable—gravity. The extent to which your breasts droop also depends on their weight and your skin’s elasticity. Other contributors can include pregnancy and nursing and weight fluctuations. For some women, going bra-less or engaging in vigorous exercise without sufficient support can also be factors.

A breast lift in New York with our team will focus on removing excess breast skin and boosting your existing tissues (and nipples) to a more youthful position.

Breast lift surgery is not for everyone. Many women are content with changes in their bodies over time and compensate by choosing bras with extra support and loose clothing. If you’re not one of them, we invite you to arrange a consultation. We will examine you carefully and be honest about what’s possible for you, then the decisions are yours.

One point we’ll make when you come in to see us is, we can’t stop gravity! Nor can we prevent the aging process from continuing. But most patients report feeling that about ten years have been erased as their new shape is revealed. And even though your breasts will continue to age, those ten years are gone for good.