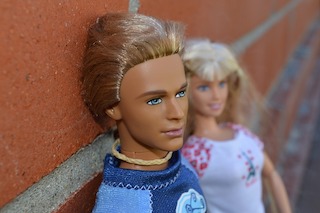 We have always appreciated our New York plastic surgery patients, but a recent story straight from Hollywood has us feeling even happier to serve the people who work with us.

According to a website called Metro, a “human Barbie” has opened a home in the Los Angeles area for other people obsessed with the idea of taking their appearances to extremes. The “dollhouse” is available to those transforming themselves into Barbies and Kens, celebrity lookalikes and even nonhuman creatures. The goal, says The Plastics of Hollywood founder Marcela Iglesias, is to help these folks share their stories with the world.

Being in the industry, we have seen plenty of horrific moves by people in and near the world of cosmetic surgery, but this one pretty much takes the cake. We hate to see someone promoting wrongheaded notions about aesthetic improvement, and we’re very glad our plastic surgery patients in New York have better sense.

Our Patients Prioritize their Health

Justin Jedlicka, one of “the Plastics” associated with Iglesias, estimates he has had undergone nearly 800 procedures. Taken to that extreme, aesthetic improvement can become a health risk. Rodrigo Alves, the internet-dubbed “Human Ken Doll,” has had so many nose surgeries that his breathing is impaired and his nose is in danger of collapsing, a la Michael Jackson. Despite being warned about further procedures, Alves says he sees cosmetic surgery as a “need.”

One terrible idea that has surfaced recently and been celebrated by some internet personalities is removing ribs to achieve a smaller waist. This kind of surgery leaves internal organs unprotected and causes a great deal of pain. That’s why we would never consent to perform it.

Fortunately, patients who seek us out in New York for cosmetic surgery want the reverse—to be healthier after their procedure than before. A good example is the breast reduction surgery we perform for both men and women. We have seen hundreds of patients inspired to frequent the gym, resume swimming or become avid runners once the physical and mental discomfort of large breasts is a thing of the past.

Our Patients Know Who They Are

Although we do encourage people to bring us photos of their ideal nose, or images of the breasts they hope to achieve with implants, we don’t often hear patients asking to look just like a celebrity or cartoon character. On the very rare occasions someone does ask to be transformed into a Kardashian, we spend a great deal of time explaining the notion of realistic expectations. And we have directed some prospective patients to counseling rather than the operating room.

We are glad that the motivations we hear most often from our New York plastic surgery patients make complete sense. Michael wanted to feel “confident and self-assured,” while Claire told us that “knowing you look the best you can is wonderful!” Perhaps our favorite post-op comment came from Mora after her facelift: “I don’t want to look 22 years old—I’m not 22! I still look like me.”

Our Patients Are Safety Conscious

One of our main concerns about promoting the notion of extreme cosmetic surgery is that it may drive people to choose unsafe ways to get it. Obviously it costs a significant amount of money to have dozens of procedures, and we can’t help but worry that by publicizing sensational cosmetic surgery the media will compel more folks to try cut rate approaches. We wrote about this a couple of years ago—noting that people have been known to try to save money with strategies ranging from traveling to risky countries to injecting themselves with strange substances.

Obviously, the patients who choose to work with us know the advantages of selecting a board certified plastic surgeon with a highly-trained staff, a fully accredited operating suite and decades of successful work. This kind of practice offers both the utmost in safety and the promise of appealing results—not cheap surgery.

It’s hard to say exactly why some people spend many thousands of dollars and undergo dozens or more surgical procedures in pursuit of their notion of perfection. Narcissism? A desire for fame? Mental illness? In our view, it’s equally difficult to understand the practitioners who serve these people. This dubious corner of the industry is one we’re glad to stay far away from.

We hope you feel that way too. If you would like join our patients and consider a procedure that would make sense for you, call 212-570-6080.